We have been to Scotland several times now and have seen the food change over the decades in-between. One of my strongest memories of our first visit over 20 years ago, was the home-made pies each and every pub sold whether in Glasgow, Edinburgh, Aberdeen or Kelso. Most were made of slow-cooked lamb or beef with a variety of vegetables. Some were cooked in a pot with only a pastry lid. Others were full-on pies. On our latest visit a couple of years ago to see the Tattoo in Edinburgh, we were disappointed to see this tradition largely replaced by commercially made pies and, whilst I can understand the economics behind that change, never-the-less something has been lost.

I was reminded about just how lucky we are today wherever we live in the western world. When we went into this building, one of the oldest standing in Edinburgh, I was amazed to think of how women cooked for, generally, large families, with their limited facilities and it made me think harder about wasting food and how such a basic skill as making homemade pies made me feel better that I was using everything I had. I determined to make better use of what I had and, so, included it in the book. Did I have some disasters, I was once asked when talking to some people about the book. Absolutely! I am generally good about knowing what goes with what but sometimes… 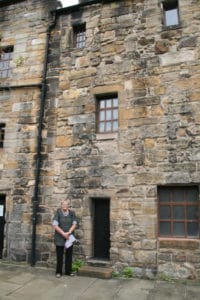 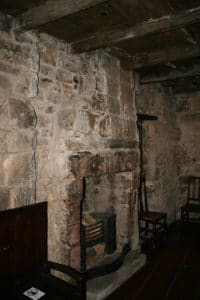 My tradition of making home-made pies began many years ago when our parents began to disappear and our children were beginning to leave home or go to someone else’s home for the traditional Christmas Dinner and I had leftovers in the fridge which were too good to simply throw away. Christmas Day in Australia is usually hot but it is often followed by a cold change – typical of Summer weather in Sydney. Consequently, I had an excuse to make a quick meal of leftovers and everyone was happy. Usually, I made up a mix of chicken, turkey or ham, often with onion, leek or potato. Very traditional fare.

Now that I am on warfarin, some of the vegetables I used to include are no longer a choice for me. Today, I am more likely to include field mushrooms or straw mushrooms, brown or red onions which give totally different tastes to the food or chopped water chestnuts showing the influences from our multi-cultural society here in Australia. The choice is yours. I often slow cook a piece of lamb, resulting in pulled lamb, which is also in the cookbook and is a family favourite. I always make sure that I have some leftovers and, immediately, I have the basis for a pie. 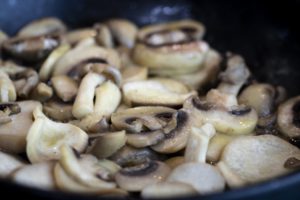 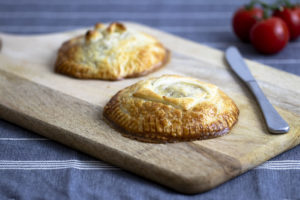