We have been to France twice in recent years and would go back there again at the drop of a hat. The first time, we stayed in the Marais District near l’Hotel de Ville and lived cheaply but had a wonderful time walking all around the arrondissements north of the river and down to the Louvre on one side and the Bastille at the other end as well as all the usual touristy things. The second time, we stayed in the Sorbonne District near the Musée de Cluny, or the Musée national du Moyen Âge– a place we have become fascinated with. It is shown in the photo below on the left. Also in this arrondissement is the Pantheon, shown on the right. It houses, amongst others, the relics of Victor Hugo and, for us, a replica of Foucault’s Pendulum which demonstrates the diurnal motion or the movement of celestial objects.

Staying in the Sorbonne District also gave us better access to the south side, the Latin Quarter/University Quarter with its cheap cafes, bistros and restaurants and the Luxembourg Gardens which we had not visited on our first trip. We were standing and just chatting about the history of the Luxembourg Palace, when a very formally dressed gentleman came up to us and, in perfect English, introduced himself as a member of the Senate – the Upper House of the Republic – which is now housed here. He was interested in us as Australians and told us more about the building and its function. Unfortunately, due to the increased security and tensions at the time, we could not go in although he wished that we could have done so as he would love to have escorted us. The gardens themselves were a lovely oasis of quiet and family time and our walk to, through and back home, took the day.

The accommodation here near the Musée was the second smallest room we have ever stayed in. The smallest room was in Singapore but that is another story. 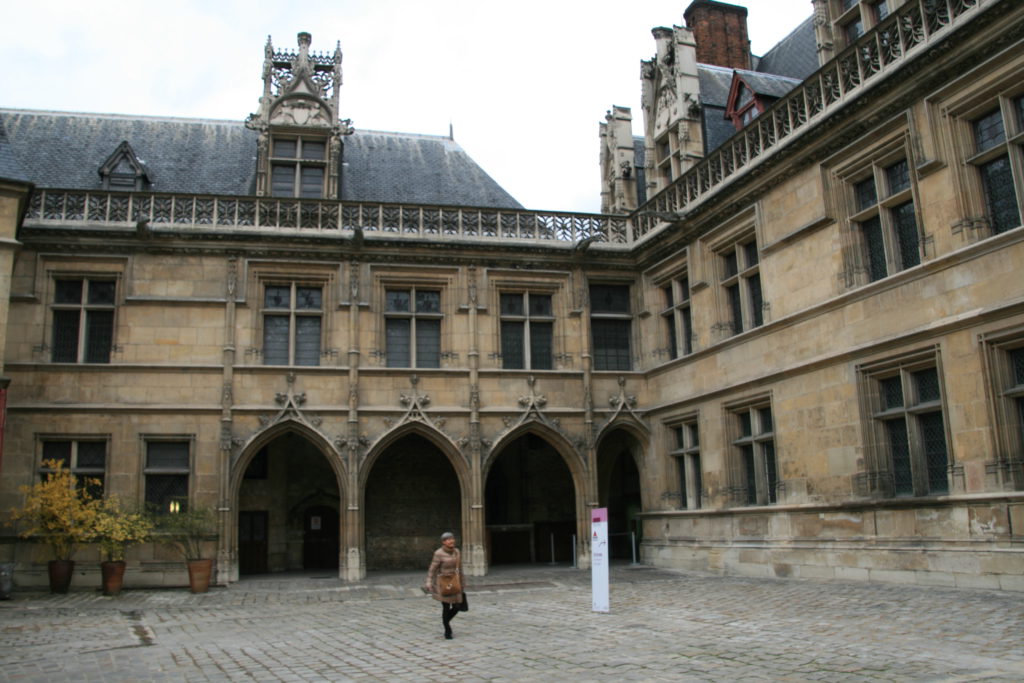 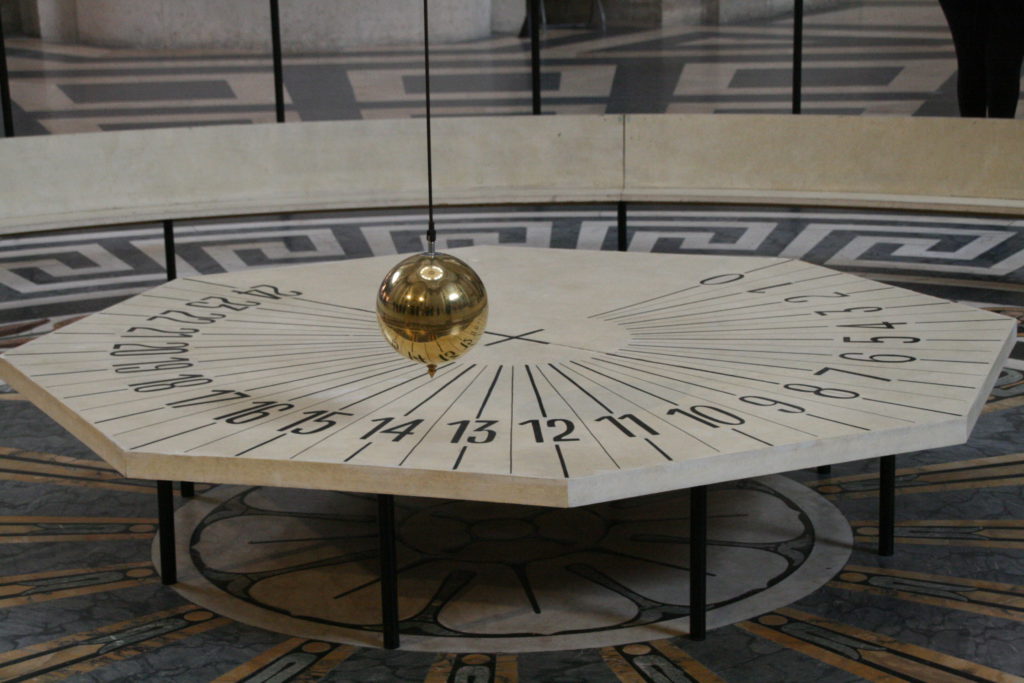 Having been warned by other, more recent travellers, to avoid the cafes on the main squares especially those with red awnings but to go into the streets behind to find the ‘real’ Paris, we did just that and had some extraordinary meals. Our first time in Paris we ate in our room with food from supermarkets. This time we could afford to go out.

It was the time just before the Bataclan was bombed in November 2015 and Paris was tense with soldiers in the streets. By the time of the bombing we had left Paris and were in Bordeaux but that, too, is another story.

Between the two visits there had been a huge change in the various takeaways available in Paris and not all for the best. However, our favourite, the galette restaurants, remained and had not been taken over by pizza parlours. You could always find one near the railway stations – a quick take-away to take home after work. We discovered that you could choose whatever type of galette you wanted if the shop offered it – large family size; small individual size and not just a slice of a larger one but a genuine single serve; savoury and sweet; hot and spicy, even cold.

When I was preparing for the cookbook, I looked back on that trip and, always looking for a simple but enjoyable dessert, decided to include galettes. They can be found on page 134. They are very straight forward using prepared puff pastry, your choice of fresh or tinned fruit and, if you are allowed it, a sprinkle of icing sugar or brown crystalline sugar. They can be served with ice cream, plain (not Greek) yoghurt or double cream or can stand on their own. 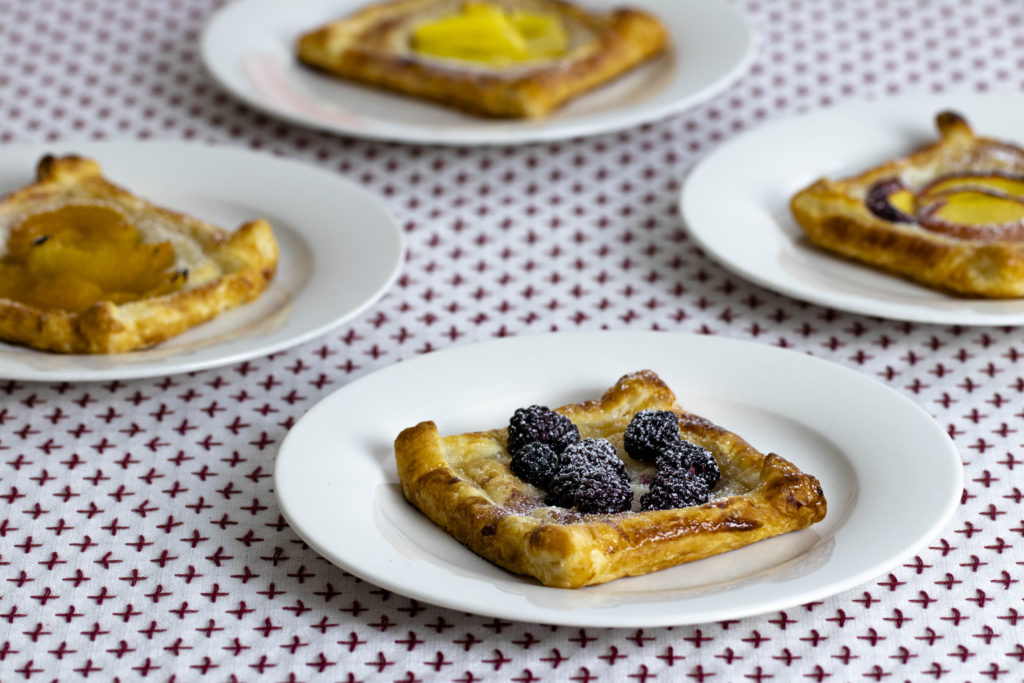 Although this recipe is for a sweet dessert, you can make a savoury galette in exactly the same way with cooked meat, cheese, tomato, caramelized onions, olives (black not green), chillies, red capsicum and anything else you can think of instead of the fruit.

As far as travelling on warfarin is concerned, one of the most extraordinary changes we found between our visits was that every restaurant is now expected to deal with 22 special needs for their customers. As soon as I told them I could not eat fresh greens such as parsley, chives and coriander, in my very worst Aussie-French, the waiters immediately understood and referred to a no fresh greens diet as a ‘no celery option’! It made life very easy and they offered all sorts of alternative as garnishes including chopped fresh oysters on a seafood dish and chopped portobello mushrooms and, once in a very posh restaurant, chopped truffles. So sympathetic. They covered all the allergies you could think of and some that I had never heard off.

There is absolutely no reason not to travel to France and accept that you can eat out safely no matter what your health issue. They are proud to tell you what is in your food. They want to make you feel comfortable and enjoy what you are eating and make sure that it is okay with you. Go! Whilst France is a country of proud individuals, it is also full of égalité and fraternité. Mind you, learn a little of their language and try to use it. They will be thrilled and will try their English on you.