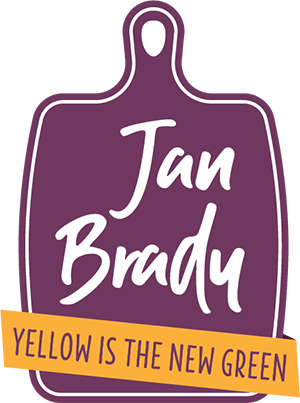 I am on warfarin and have been now for almost 8 years. Healthy Living with Warfarin, the cookbook, began over a family lunch one day when one of my sons said that I should write down my recipes because he had a friend who had just been put onto warfarin as a post-operation precaution. His friend was not a good cook and would find my ideas helpful as he was struggling with knowing what to eat and what not to eat.

I had been saying at the table that the recipes were not that difficult and were designed so that you did not have to be the ‘king’ of your kitchen or a highly trained chef to produce them. They were also for two people, at least one of whom was on warfarin – my family situation as an empty nester and only me on warfarin – but that they could be scaled up for many.

So I began writing them down. The intent was just for family and friends.

In the lead up to Christmas that year, I was diagnosed with bursitis in one of my knees. Both knees have been replaced. There was great concern that the bursitis could turn septic and I found myself in hospital on an intravenous drip. Determined not to spend Christmas in hospital, I opted for the chance to go home on the drip on the understanding that an APAC nurse (Acute Post Acute Care Service – a ‘Hospital in the Home’ service provided by the NSW Government Health Department, Northern Sydney Local Health District) would come daily, including Christmas Day (thank you) to change the drip.

On one of these visits, I was sitting at the dining room table (my operating table) working on the cookbook manuscript when the nurse arrived. Although I pushed it to one side, she saw what I was working on and asked to see it. As she flicked through it she said to me that there was no resource like this available and that I should consider publishing it and that they would like to have the details when it was published. She went on to say that they were often the first point of contact for patients going home on warfarin and had nothing to give them.

From that day, I decided to publish and the project grew like topsy. None of the big publishers were interested and I did not even get rejection letters. I decided to set up my own publishing company, Minerva Publishing, to get the book out. This website is part of that push.

I gathered a team of volunteers around me who, together, have an extraordinary set of talents: a husband who, although no cook, was willing to do the accounts for me; a son, an engineer, IT specialist, conference organiser and outstanding manager; his wife, owner of a start-up business in Project Management which, in 5 years, has become extremely well established; my other son, a national sales manager for a world wide company with experience in dealing with governments of other countries, sales staff, on-line social media and how and what to advertise; his wife, a noted blogger and, herself, a published author of children’s books; and another vital member of the team who is both an extraordinary photographer and an IT specialist. As well, a couple of close friends volunteered to try out the recipes and I had additional volunteers on the team.

I was on a very steep learning curve. I had never ventured into social media and now also had to face the likelihood of being photographed and filmed with those materials going on-line. Frightening for a 70 year old.

I found a wonderful creative designer and, together, we came up with the chopping board logo. As she was looking through the recipes one day, she noticed that there really were no ‘greens’ included and I had been insistent that there be no greens in the design layouts. Instead, she pointed to all the yellow fruits and vegies ranging from bananas to capsicums and said that she could use that idea. We came up with the ‘Yellow is the New Green’ slogan. This has become handy when ‘red’ is added to it as it is a quick reference as to what fruits and vegies are included in the range of recipes.

I found an Australian printer, Hardshell Publishing, who were prepared to create the book I wanted. It had to be practical. It had to be landscape, with one recipe per page. It had to be spiral bound on the short side so that it could be folded back on itself for ease of use in the kitchen. It had to be readable in all lights. It had to be a reasonable cost. Hardshell has made it all those things.