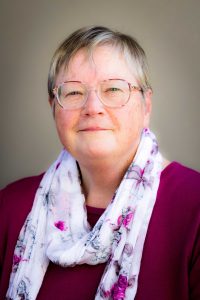 I am, and always will be, an historian. I don’t remember a time in my life when I was not interested in History. I taught History for decades. I wrote history books for students and teachers. I am still deeply involved in researching and writing family history for both my family and for others. But, I have now turned my hand to writing cookbooks and travel books for people on the blood thinner/anticoagulant, warfarin. Why? I have been on this medication for the past 8 years and it has been an extraordinary journey.

I was put on warfarin after a series of major medical episodes in 2012 when I was diagnosed with atrial fibrillation which is an uneven beating of the heart or an arrhythmia. It was suggested that I go onto warfarin but I resisted and tried two other medications both of which resulted in massive bleeds. My resistance to taking warfarin was because I had seen my mother struggle with it but, at the time, we were both ignorant of the forces at work and the necessary changes required to her lifestyle to manage it. She had been put on the medicine for congestive heart failure following a series of mini-cardiac arrests. She eventually had a very serious fall and the doctors had to take her off the warfarin to try to stop the bleeding. At the time, it was the only such medicine available and an anti-dote for it was well understood. She had a stroke 3 days later when they sat her up and a clot dislodged. She was 90.

Naturally, when I was told that I should take warfarin, I resisted. I tried one medicine first but ended up in hospital with a bleed that would not stop. I then changed to another, caught a monstrous cold, blew a hole in a blood vessel in my stomach and ended up with a football size haematoma which took weeks to disappear and caused a hernia. I had to find another solution.

The doctors insisted that I give warfarin a try. It was obvious that the other ones available at the time were not going to work for me. I gave in. Almost 8 years later I am here, healthy, fit and writing this cookbook.

After accepting the recommendation to use warfarin, I was told that I would have to have my INR tested daily until I was ‘steady’ between 2.00 and 3.00. I knew about this from my mother’s experiences but I did not want to be trapped into the rollercoaster she had been on with tests at least three times a week. I had to find a better solution.

I was thankful to be handed a booklet prepared by the makers of Coumadin, the medicine containing warfarin, and warned about eating ‘greens’ as they contain an anti-dote to warfarin, Vitamin K, which can change the INR reading. To avoid this occurring, I was told ‘simply eat the same amount of greens each day’. I was also told to make sure that I had at least 90 mcg/µg of Vitamin K a day as that was the Recommended Daily Allowance for a healthy life. I had been aware of this necessity with my mother and, when I could, made sure that she had the same amount of greens daily. Luckily, she lived on salads as she was also anorexic. However, it had not worked for her so I had to find out what she had been doing wrong.

The questions began in my mind. Did it mean that I had to eat the same foods every day like my mother even though they did not solve the INR problem? Could I substitute one lot of greens for another? What was meant by ‘amount’? Was 1 cup of one food the same as 1 cup of another?

I began to research what amount of Vitamin K was contained in the greens I was to substitute so that I could make sure to eat the ‘same’ each day. I quickly realised that there was nothing ‘simple’ about this process. I discovered that 1 cup of Bok Choy, a favourite Asian green, contains 31.85 mcg, whereas 1 cup of Kale or Spinach has over 1000 mcg. As well, 1 cup of leeks has almost 42 mcg but green bell peppers only have 24.5 mcg. Then I found out that a small pot of green tea is over 1400 mcg and 1 cup of asparagus was just under 100 mcg. How could I judge or estimate my substitutes?

I began to develop lists of food that were high, medium and low in Vitamin K so that I could begin to understand what would keep me within the RDA of 90 mcg. Taking the challenge further, I developed a series of dishes which were ‘safe’ for me as they were low in Vitamin K and yet were still interesting for the other members of my family to eat if I added greens to their dishes or not. I had learnt that being low in Vitamin K was just as bad as being high and did not want anything to happen to the others.

This book, Healthy Living with Warfarin, is the result. Recipes in this cookbook are low in Vitamin K, allowing you to add whatever you want to bring it up to the RDA for you and your family members. The recipes cover the complete range of meals from breakfast to dessert. The tables in the front of the book lists the foods which are low in Vitamin K and which I can eat as much of as I want to. Another set of tables lists the foods which are moderately high to very high in Vitamin K and which I choose to avoid.

My approach is to maintain a healthy lifestyle and control my intake of ‘greens’ and warfarin. This is often referred to as ‘diet to the dose’. However, it is not a diet of any sort but, very simply, my desire to consume the RDA of 90 mcg whilst maintaining the lowest possible intake of chemicals. Another approach is to ‘dose to the diet’ where the person eats whatever they like and their warfarin dose is adjusted to ensure that they have a stable INR reading. Neither way is right or wrong – just a different choice. I have found the ‘diet to the dose’ works for me and it is, in fact, the recommended method from the manufacturers.